My name is Connie Lea Cornell, this is my story. I was born on January 10, 1968, in Prince George, BC. My mother was Mary Diane Ouellette and believed my father was Robert James Croft. She had said to meet while working at Dairy Queen; she was 17 and he was 27. He said to be from Montreal, Quebec, and even introduced his sister Carol and her husband Bill Powers.

My mother was barely 18 and had married a man prior to my birth who was not my birth father, Ben Ballantyne. They married in October Of 1967. They parted was fairly quickly as to my knowledge my mother found out he was already married. Some of the details seem to intertwine with that of my said father. He too was 27 and she 17? I don’t know all the details of how we ended up in Alberta but here she met my step father when she was pregnant with my sister. My sister did get to meet her father. We do not share the same father.

They married in 1970 and had two sons together. I do not consider my siblings as a half-brother or half-sister. I grew up thinking we were nothing but siblings. Although I always felt like I didn’t belong but could not understand why.

When I was around 10 years old I would soon discover another horrible fact of life that so many endure. I was sexually abused by the man I believed to be my father. I never found out that I was not my father’s daughter until I was 12 or 13 and he was the one to tell me. This really played on my self-esteem as a young girl. From that day forward I learned that men could not be trusted and that I was only here for one reason. It’s hard to explain the thoughts that go through your head when faced with such an unnatural experience at such a young age.

I heard bits and pieces about my birth father. He was an alcoholic and tried hitting my mother once, basically, he was no good. I didn’t feel my birth father wanted me and my stepfather abused me. When the truth all came out years later about the abuse it caused an awful lot of discord within my family. I didn’t speak to my family for over a year. Thankfully my sister remembers a time when I tried to tell her. In time healing began. My stepfather has also been abused and when I spoke out that cycle finally was broken.

It took years to rebuild trust and a relationship. I was told I would be there to help him through his sickness and I would also be at his side when he died. I laughed at this prophetic word. But this came to pass and I learned a lot!

I married during this time and we share 3 sons together. My past really affected my marriage in a horrible way. Here I was again, the man I solely trusted with holding the only thing I ever wanted from a man. Just to be loved. He could not accept the fact that I could forgive this man. There is a difference between forgiving and forgetting but he would not let that anger go and our marriage after 21 yrs ended in divorce.

I started searching for my birth father during my 1st marriage. We didn’t have the internet so I had a friend that somehow gave me a list of all the Robert Crofts in Canada. I wrote a lot of letters.

One day I get a letter back from a girl searching for the same man. Oh, I have a sister!!! She had a younger sister as well. Christina and Yvonne Croft. Christina and I met and she had 3 children. I was excited at the potential of having someone to search with. She even moved to Quesnel, BC where I lived at the time. All of a sudden they just left. I never spoke to her again until a few months ago when we had a brief conversation on Facebook messenger.

She was in a rehab center in Prince George and apparently, I said something that offended her, she was gone again.

I joined ancestry a couple years ago, thinking OK this will be good. I’ll do my DNA and POOF ill find my father. I spent hours going through names looking for Crofts. I really didn’t have any matches with this name. I had so many search angels tell me “that is not your father’s name” Thirty years I have had that name in my head in my heart as my birth father. This couldn’t be.

I was left alone AGAIN searching for what. I don’t even know for sure what his name is and if he would even want to be found. So much doubt so much confusion. I keep searching but in vain. I start throwing in any name that is even relatively close to what I was told. NOTHING ….. my birth father doesn’t seem to exist. Why doesn’t he want to find me? Is he alive? Did he think of me? The questions pile up one upon another.

I am fortunate that I met a man who really loves me for me and puts up with my hours of research. He knows when He sees me intently staring at my computer that I’m looking for him!! He understands that it’s just something I must do. I’m grateful for this blessing and it’s taken 40 years to know that I am enough.

People with the knowledge of who their parents are just don’t understand that missing link. There is often a hidden feeling of abandonment that causes low self-esteem and insecurity that can’t be explained. I continue to search and have another search angel helping me now. I pray that time is still on my side and I will get the chance to meet my birth father. 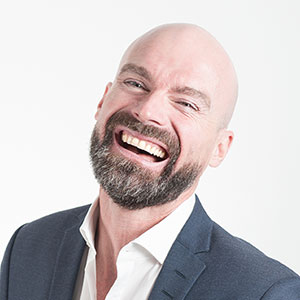 Incredible story! I admire how brave you are to share this story with everyone. You will find an answer, never lose hope.